In many ways Portugal is very traditional. But in the Algarve (way down south) they have a definite taste for modern, and sometimes strange, sculptures on rotundas (roundabouts) and in town squares…

This is a statue of the “Boy King” in the main square in Lagos, known affectionately by the locals as the Astronaut:

In similar style a statue of a fisherman in Alvor:

The Ship roundabout in Lagos is my favourite, although austerity measures mean that the fountains are rarely on full power:

The Ball Roundabout is suspended so that the vane catches the wind and rocks the ball:

And the Chairs individually light up at night:

And we have the Tulips Roundabout – I’ve no idea if the flowers have any significance: 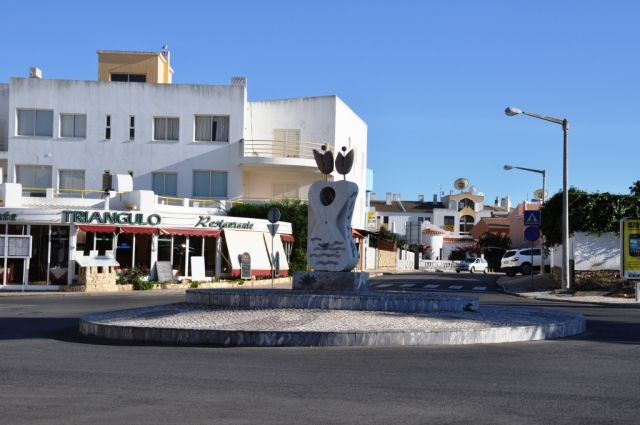 The village of Guia claims to have brought Chicken Piri Piri to Europe, and the village is full of restaurants selling this wonderful spicy dish. The roundabout tells the tale:

Geocacher joca63 has published a series of geocaches around Albufeira featuring more interesting rotundas. Here’s a shot I took of Albufeira’s Dolphin roundabout. 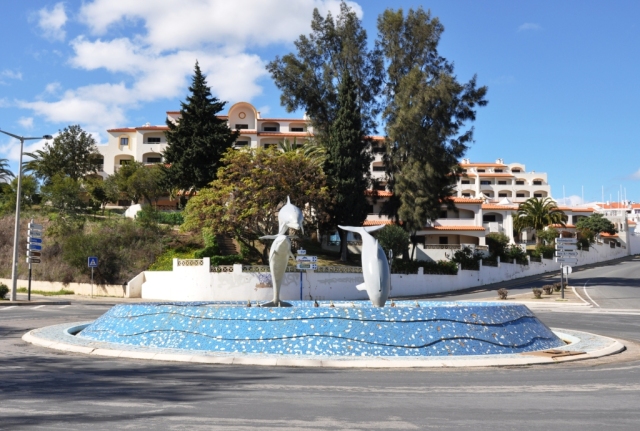 My only concern is that the local councils (Camaras) seem more interested in fancy roundabouts than in maintaining safe roads. There is a road between Penina and Portimão which is a mass of potholes and patch ups yet they are building another fancy roundabout. Picture to follow…