September saw the annual gathering of European street artists in Lagos, Portugal. As in previous years there are several new examples on the streets, although this year there was greater emphasis on creating works in the old town jail which is the extensive creative space of LAC, the arts laboratory that organises the event.

The jail itself is chilling, especially the solitary confinement cell – no snooker tables or satellite TV were available to prisoners here.

It is less than 3 metres square with a tiny barred window and a concrete slab for a bed. Pisa 73, who is “Making Street Art Great Again” in keeping with Donald Trump’s sentiments, painted the cell black and then added stencilled marks to count off the days and a grim message. 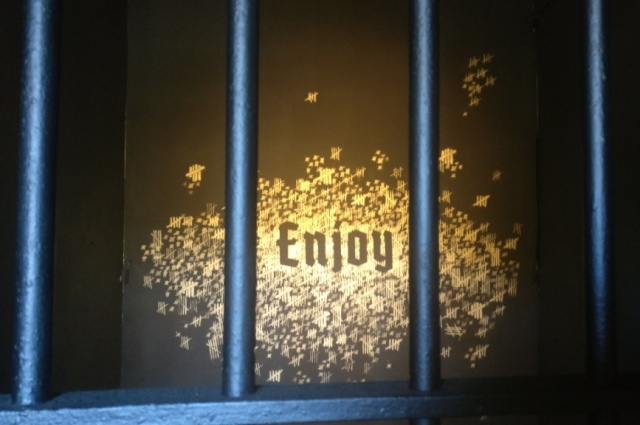 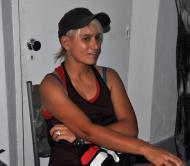 My favourite of this year’s artists was B-Toy from Barcelona, the only female artist in the group, who produced a number of impressive portraits including this depiction of Elizabeth Taylor playing Cleopatra which you will find on a wall near the Financas office (the taxman!).

Here it is shown part finished and complete. 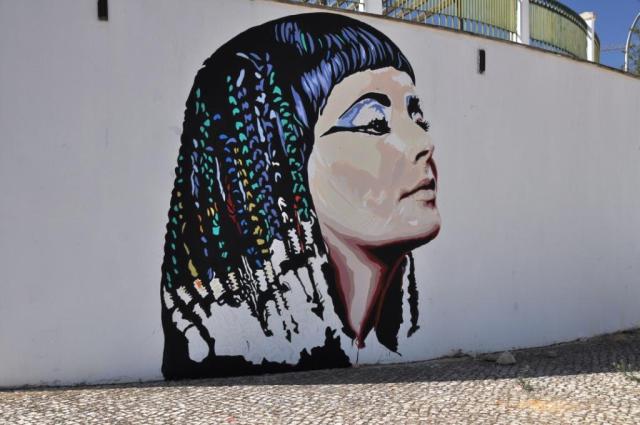 Below are some of B-Toy’s other portraits which are hanging in the jail. Mia Farrow is instantly recognisable – the others are all famous murder victims.

Polish artist Czarnobyl participated last year and returned to produce a “meat sculpture” which was stencilled on to thick carpet using spray paint. He then painstakingly cut out the carcasses and hung them in a gallery at the jail.

RMYR (René Meyer from Germany) was the youngest invited artist and is developing his own style using overlaid stencils. You can find a number of his geometric patterns on the streets and a stunning 3D work in the jail. Here he is seen cutting stencils from plastic sheets for a finished work on an electricity sub station in the parking area near the new Camara (council) offices in Lagos. 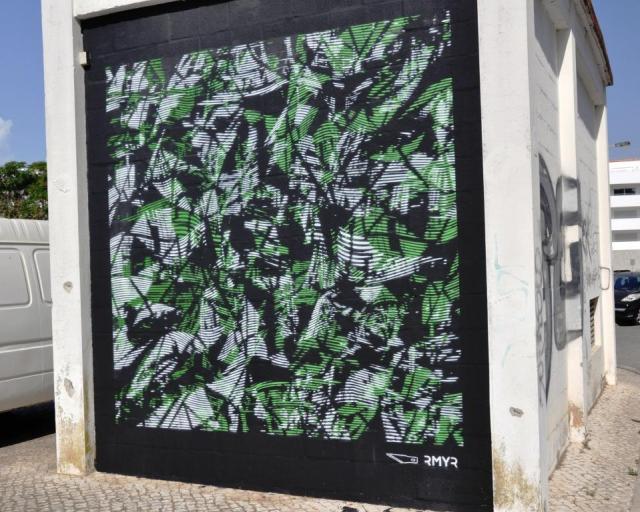 Also from Germany are a two man team calling themselves Monstfur. They built an elaborate sculpture including the skeleton of a red painted boat suspended in the jail’s exercise yard and a statement about Salazar, the former dictator who ruled Portugal. 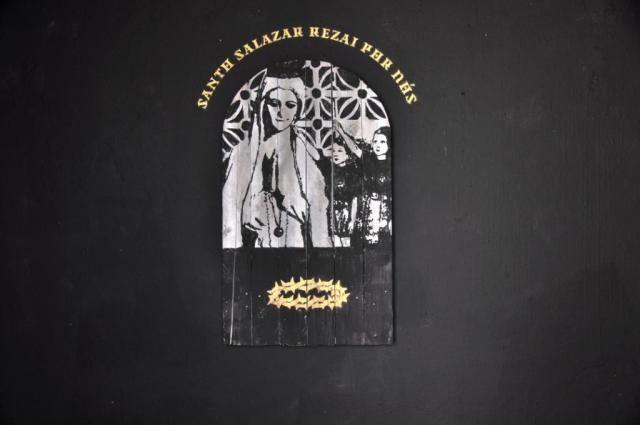 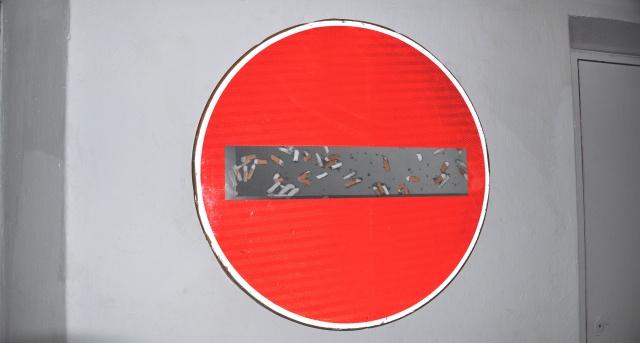 The jail is open from 2.00 to 7.00 Wednesday to Saturday for viewing until 3rd November.  Admission is free and without appointment and you can take photos of the many exhibits including those featured here. Some items are available to purchase although several of the works are applied directly to the walls and will be overpainted next year.

The people who make up LAC are an enthusiastic and friendly bunch so I am sure they will let you view the exhibition after 3rd November if you give them a call first.

Ambling through life in an uncoordinated fashion.
View all posts by chiptheduck →
This entry was posted in Home. Bookmark the permalink.